As the Arizona Cardinals show up in Flagstaff for their pre-training camp physicals and Deuce Lutui tries not to do his best Albert Haynesworth impression and fail his physical, the memories of the training camps I have been to come flooding back.

I hope Deuce passes and gets back into the good graces of the club, because I can't wait for NFL Films to mic him up again, especially when the Cards play the Seahawks. I remember watching the former HBO program, "Inside the NFL," and hearing Lutui ride Seattle's Lofa Tatupu mercilessly during the game. The two are friends and former USC teammates, so Lutui was just having some fun.

Poor Tatupu could hardly get in a word edgewise.

But I digress. I traveled across the state of Washington every late July for five years, from 2002 to 2006. It was roughly four hours' drive from the cool breezes of the state's west side (Seattle) to the drier and warmer east, driving over mountains and through pine tree forests and desert. Yes, there are very arid areas of the Northwest.

I hope to have a familiar experience heading up to Flagstaff from Phoenix. Like the Cardinals, the Seahawks trained on a college campus, and like the Cardinals and Northern Arizona, it was a Big Sky school, Eastern Washington University in Cheney, Wash.

Training camp was long and sometimes tedious, and that was just for the media folks. Every morning, up early and trudging out to practice. It was such a routine - wake up, go to the media room, grab a snack for breakfast, go out to the morning practice, write a little, eat lunch and do some interviews, back to the media room, afternoon practice, and write for the newspaper until I was done. For the players, it's breakfast, practice, lunch, practice, meetings, dinner and good night until the next day. Add to that a few minutes of media availability.

I read these reports about "holdouts" (the Cardinals had yet to sign their first-round pick, DT Dan Williams, as of Friday morning) and laugh a little. It seemed like the Seahawks had their first-rounder avoid camp for at least a couple of days while a deal was being worked out. Jerramy Stevens, Marcus Tubbs, Chris Spencer, Kelly Jennings and Lawrence Jackson all showed up late; only Marcus Trufant reported on time during my time covering them. And there was the Walter Jones saga for three years in a row, where he sat out all three camps, pushing trucks back home in Alabama until he signed the franchise tender. Jones still made the Pro Bowl all three years, from 2002 to 2004.

Camp was always a great time for me to connect with the players, too. The media would eat in the same dining hall as the players, and sometimes we'd even be in the food line with them, holding our trays. Or I'd see former assistant coach Jim Zorn, on his bike pedaling from the fields to the dorms or the dining hall, or park my Dodge Neon right next to some player's Escalade.

So this time of year is always a little sentimental. As for the Cardinals, the storylines are abundant, as camp officially kicks off tomorrow. For their sake, they'd better hope that a microburst is only the weather phenomenon that tore a hole in the roof of the U of P Stadium Thursday, and not what Beanie Wells is going to give them every time he gets a carry. 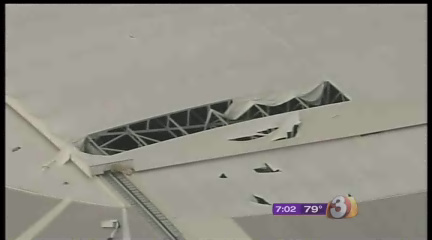