Alright, fight fans, time to get ready for some bloody elbow action in Phoenix!

Strikeforce, the exclusive provider of martial arts programming to ESPN and Showtime's MMA partner, is coming to town for a major event on August 13 at the Dodge Theater.

According to Odeen Domingo at the Tapped In blog, "This is the first time a national MMA organization will hold an event in Arizona since former Gov. Janet Napolitano signed a law in the fall of 2008 allowing unified MMA rules to be enforced in the state."

And just announced today, Ryan Couture will be making his professional MMA debut in Phoenix.

The 27-year-old Couture, a member of the Las Vegas, Nev., based Xtreme Couture fight team, will face Lucas Stark of Chandler, Ariz. in a three-round lightweight (155 pounds) bout.

Looking to make a name for himself in the sport his father helped pioneer, Couture compiled an amateur record of 5-1-1 competing as a lightweight, with all five wins coming by way of submission. He has had access to a who's-who of MMA royalty as training partners and coaches, which, coupled with a solid amateur career, has given him the background and confidence to take his fight career to the next level.

Couture began his MMA training in 2006, working diligently to mature into a well-rounded fighter, adding Muay Thai and a dangerous submission game to his repertoire. In January 2008, he moved to Las Vegas to train with his father.

Tickets for the Aug. 13 STRIKEFORCE Challengers event are on sale now through www.livenation.com, www.STRIKEFORCE.com, the Dodge Theatre Box Office, any Ticketmaster outlet or by phone at (800) 745-3000

SB Nation Arizona will be on-hand to cover the event. 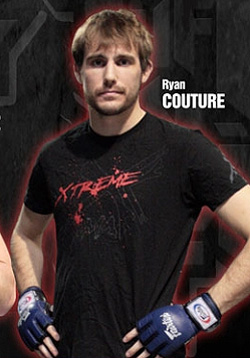