Amar'e's 1st Day As A Free Agent, It's A Hard Hard Life

Share All sharing options for: Amar'e's 1st Day As A Free Agent, It's A Hard Hard Life

In his first full day as an unrestricted free agent, Amare Stoudemire got right down to the business of being wooed.

It might seem like hard work being one of a select few available big men in a league full of teams loaded with cap space during a hole in their pockets but fortunately, thanks to these updates from his crew, we can rest assured that Stoudemire is surviving the ordeal.

Here's Amare at the pool doing mental rehab after a meeting with the Miami Heat and prehaps a brief encounter with the Knicks and some phone calls with a few others. 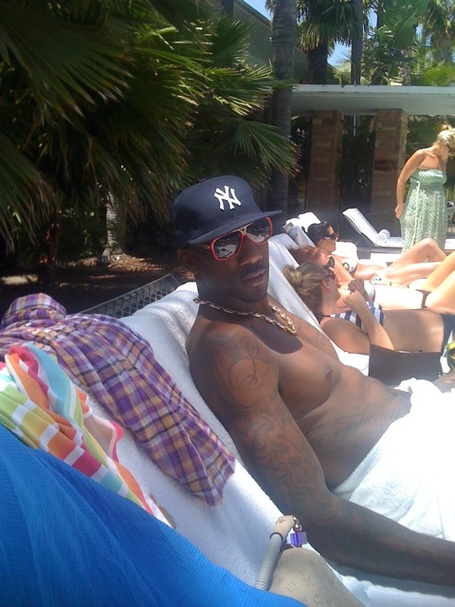 And of course, Amare needs to replenish his engine so he can keep up with the demands of free agent life. So a meal by his personal chef Maxcel Hardy who prepared a light menu consisting of oxtails, fish, roasted chicken, collard greens, garlic mash, macaroni, and cornbread. Delicious and healthy too. 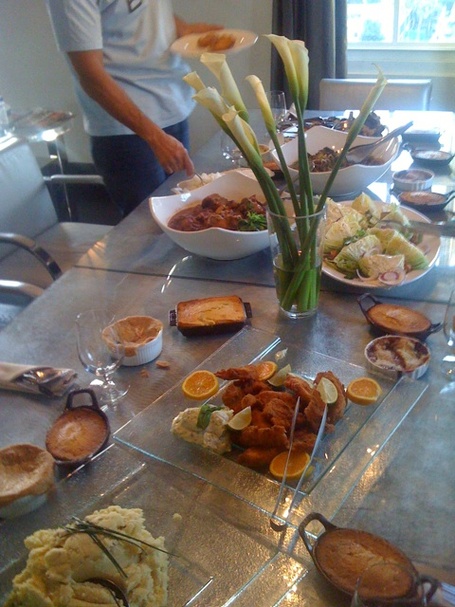 Meanwhile, back at the ranch, rumors abounded that the Suns were competing for Amare's services with several teams including Miami, New York, Chicago, New Jersey and the Los Angeles Clippers along with Cleveland and Houston and maybe even Toronto.

As the day progressed, word came down that the chances of Amare returning as a Sun had been downgraded from unlikely to "highly unlikely" with one source even going as far to say that there is "NO chance" of his return.

The Knicks would be wise however, to meet with Amare in some place other than their building which is now shadowed by the giant visages of New Jersey Nets owners Mikhail Prokhorov and Jay-Z.

From there, it's anyone's guess where Amare will land. Reports are Houston has him second on their shopping list behind Chris Bosh and have some tasty pieces they would be willing to part with to get him including Luis Scola, Trevor Ariza, Shane Batier and future draft picks.

That would be grand news for the Suns as they otherwise face the very real prospect of Amare leaving with only a parting tweet as their reward.

I opted out of my contract with PHX. Can't wait to see what lies ahead. I had a blast with my teammates last season. What's Next !!less than a minute ago via Echofon

Fortunately, tomorrow as a whole new day for free agency. I can't wait to see what that brings.