Share All sharing options for: Welcome To SB Nation Arizona

It wasn't enough that we had 260+ individual team blogs (six here in Arizona). No, the brilliant minds back at SB Nation HQ have decided to go all out and extend their unique brand of sports media to our fair region.

We are pleased to introduce SB Nation Arizona, one of 20 regional hub sites that will be launching in the next 20 days. We have the honor of being first out the gate -- probably because even those folks back in DC understand just how awesome Steve Nash is.

We've assembled a fantastically talented team of editors and columnists who will share their thoughts on Arizona sports on a day-to-day, story-by-story, tweet-to-tweet basis. Here's how it all works...

We will share the latest and greatest in happenings with both the major teams and universities, along with any other interesting things we can dig up. So when the Suns finally win a ring or if by chance the Diamondbacks bullpen blows another game -- either way we will be there.

And by there, we mean at the top of the front page with our Story Streams™, which are a cool way to collect related stories in one place. Story streams cycle through the front page and also on the individual team pages, as appropriate.

For an example of how a Story Streams™ works, check out this one covering Sunday's Diamondback's game. You will see the initial story was a preview of the game, then an update with key line-up changes before first pitch, then an update during the game, and finally the recap. All of that stuff in one neat package. Brilliant!

Every day, we will have a new column from one of our columnists.

Check these guys out in the Features Section and on the front page daily or just click their name to find all their columns in one place.

This will be where we drop occasional bits of knowledge on your unsuspecting heads. All of our columnists and editors will be sharing the Talking Stick in this part of the site, so be sure to check back often.

For example, where else can you find out that Stoudemire's Downtown Restaurant could become Nowitzki’s Sausage Haus or the Downtown’s Cap Space For 2011 Eatery?

The Starting Five will be posted by 8 a.m. and include links to five must-read stories in the Arizona sports world. Mostly these will be interesting items or just really good reads, along with important items of the day.

We are always open to suggestions, so if you are a publisher, editor or blogger, feel free to send us your links: arizona@sbnation.com

Thanks for stopping by. We look forward to bringing our fresh take on the Arizona sporting scene to all the great fans here in the Grand Canyon State. 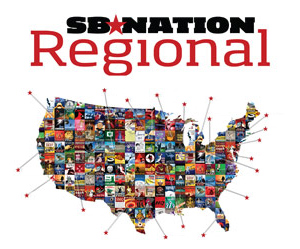 Big News: SB Nation Regional Sites Launching Today - From Our CEO, Jim Bankoff - SBNation.com
Last September, we launched the site you are on right now. SBNation.com was something new for us. The core of our company is more than 250 sites, each the leading fan media voice for their team, league or sport. However, we thought the time had come to apply our grassroots, pro-quality, fan perspective approach to national sports conversations, too.

Dan Shanoff: SB Nation Goes Big With Local
Long before the ESPN Local initiative, SB Nation was the most well-positioned company in sports media to serve the "local" market. After all, SB Nation was already intensely -- if not directly -- local: A network of team-focused blogs, it was fair to presume a lot of traffic came from the team's home market. And so it made -- and makes -- perfect sense for SB Nation to pull together all the team blogs in one city and create hub sites that service fans who want to read all about the teams in one city. They launched a bunch today and plan to create 20 city hubs in the next 20 days.

SB Nation Expands for Fans, by Fans Sports Sites - NYTimes.com
So far, that service has been enough to draw eyeballs. According to comScore, in April, the network drew 3.6 million unique visitors to its 21 most popular sites, the only ones tracked by the market research firm. Now the company is getting into the regional sports business, introducing 20 new sites in the next several weeks that are dedicated to all of the sports in a particular city, as varied as New York and Kansas City.