The latest scoop/gossip on the GM search:

Sources said Sarver isn’t in a rush to make the hire and that he’ll accompany coach Alvin Gentry to Los Angeles on Tuesday to make a final pitch to All-Star forward Amar’e Stoudemire. Sarver has made clear to several people that he’ll run the free agency and trade front for the organization until Kerr’s successor is hired.

“He wants to be front and center right now,” one Western Conference executive said. “He wouldn’t let Kerr and Griff [former assistant GM David Griffin] do their jobs.”

Here's what we know about Lindsey's background prior to joining the Spurs in 2007:

Lindsey has spent the past 11 seasons with the Houston Rockets, the last five as vice president of basketball operations/player personnel. Prior to being named vice president, Lindsey spent three seasons as director of player personnel. During the 1998-99 season, he served as the Rockets director of player development. Lindsey joined the Rockets in 1996 as personnel video coordinator/scout.

A starter at Baylor University, Lindsey helped the Bears advance to the NCAA Tournament in 1988 and the NIT Tournament in 1990. After graduating from Baylor with a bachelor's degree in education in 1992, Lindsey received his master's in sports management in 1994 from the United States Sports Academy.


And here's a picture via NBA.com: 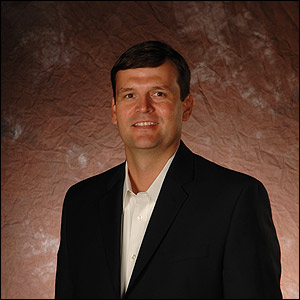