In our previous reports we stated that Penny's injury on Friday was not to the same ankle that she had surgically repaired in May 2009. This was incorrect. Both the surgery and the recent sprain were to her right ankle. The official press release from last year when Taylor returned inaccurately stated it was her left ankle that had been operated on.

Taylor returned to the court Sunday and played a fantastic game. She finished with 23 points on 8 of 15 shooting and had 6 rebounds and 4 assists in 34 minutes of play.

She reported minimal swelling to the ankle and said the sprain was more painful than normal because it was the first sprain since having the ligaments tightened.

"It just felt a bit different because in the past when I've done it it was very loose and obviously the surgery makes it a lot tighter so it's a little bit more intense almost like the first time I rolled it," Taylor reported after Sunday's game. 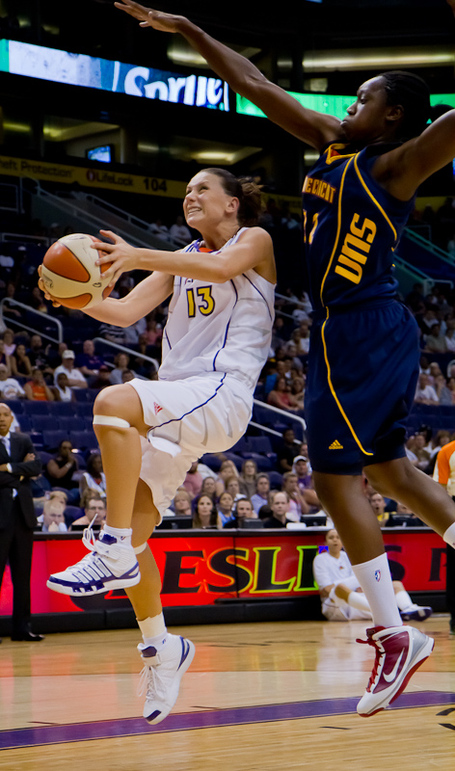