Turns Out, Elephants Will Prevent US From Winning World Cup

Share All sharing options for: Turns Out, Elephants Will Prevent US From Winning World Cup

Alas. Although the United States soccer team is getting some props this year in World Cup discussion, it appears their success was not meant to be.

Apparently, South Africa's elephants have made alternate plans for the US team. Along with their already formidable intelligence, the pachyderms have swiftly evolved an apparent interest in soccer, and combined those two things into an astonishingly organized effort to impede the US team's travel while abroad. 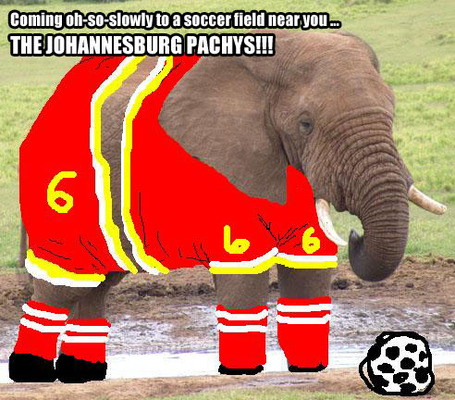 Reports say the country's baboons may also be in cahoots. The conspiracy has gained so much traction, in fact, that South Africa's governing body has turned to warning its soccer-loving citizenry with helpful signs outside its hotels: 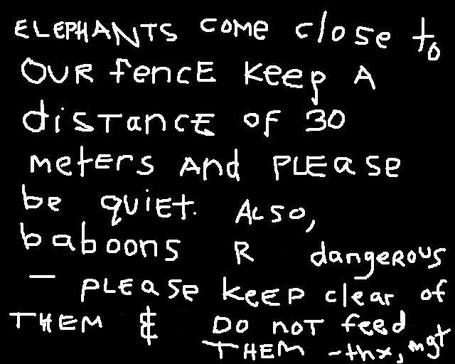 So please -- for your safety and the safety of hooligans the world 'round, avoid the elephants and baboons, because they want to kill you.