Thursday night in Toronto, where I am this week for the MLS Cup (Major League Soccer championship), I did something pretty cool. This is a great city, I guess it is Canada's New York City. 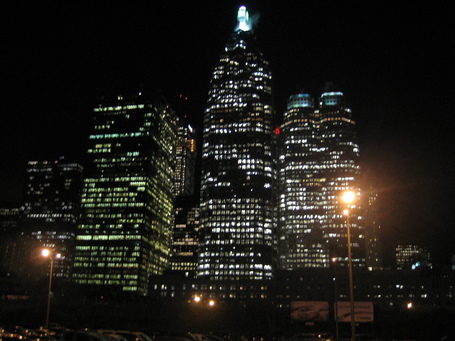 The NHL's Maple Leafs were playing a home game at the Air Canada Centre about three or four blocks from my hotel, so I decided to check it out.

Now, the Leafs aren't a great team and are below .500 so far this season. But the New Jersey Devils are even worse, and Toronto is one of the NHL's "Original Six." That is, they were one of the six teams that formed the foundation of the league were in place when the league expanded by six teams in 1967.

That was the appeal for me. So as soon as I got off the plane and got to the hotel, I decided on a certain amount I would spend on a ticket and made my way to the arena.

I'd seen the Raptors here last year in the same building. But hockey is Canada and Canada is hockey, so I bought a ticket, went up to my spot in the corner of the upper deck (great seat) with a basket of chicken fingers and saw two full periods in which all four goals were scored in Toronto's 3-1 win.

The people in my section were very kind and engaged in chatting with me about hockey and Toronto, etc. I even bought a replica Maple Leafs hockey puck as a souvenir. I will admit I am not the biggest fan nor most knowledgeable hockey fan out there, but I appreciated the passion the fans have for the team and the game. They really love their Leafs.

The fans also love former Leafs heroes like Doug Gilmour and Felix Potvin. Mention them, and you're in good with the folks.

Look at all the banners. The Leafs haven't won a Stanley Cup in some time (1967) but only two of those in the photo below are for any Raptors accomplishment. 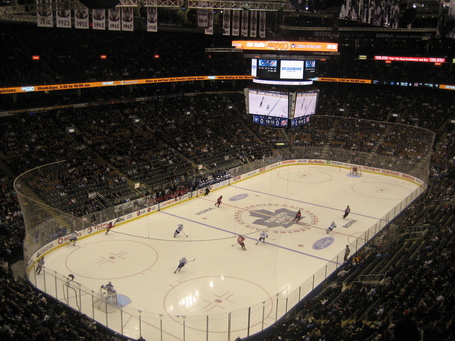 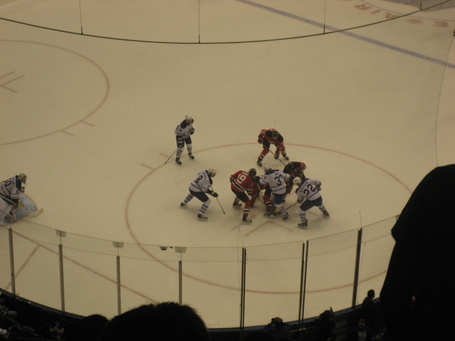 It's early in the morning and I am off to FC Dallas practice at BMO Field. The MLS championship between Dallas and the Colorado Rapids is Sunday night at 6:30 in Arizona.