Our friends over at Bleed Cubbie Blue have acquired photo renderings of the proposed Cubs spring training complex in Mesa. 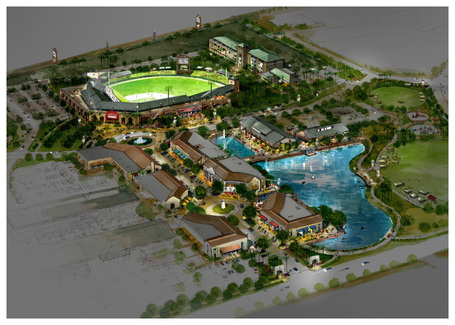 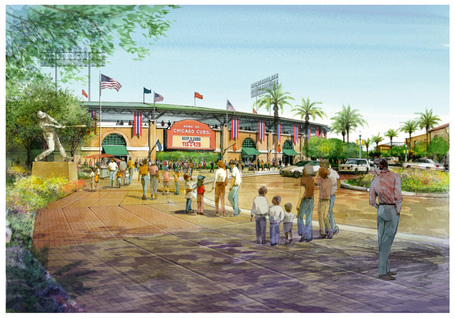 The complex will be funded exclusively by the city and will not cost taxpayers a single dollar. Mesa voters will get a chance to vote for the stadium on next month's ballot as Proposition 420. Mesa will fund the costs of the new proposal through the sale of specific land that is owned by the city within Pinal County, along with an increase in hotel bed taxes.

If the proposition is passed, the city of Mesa will build and own the complex, branding it "Wrigleyville West". The maximum cost to the city is estimated to by around $99 million, though the final price tag could feasibly end up smaller.

If approved, the Chicago Cubs, will sign the longest spring training lease owned by any MLB team. The deal is reported to be a 30-year lease with four different five-year opportunities to extend the contract.

All renderings were provided by Keep The Cubs